Doritos Creates “Crash From Home” Contest for the Best Spot 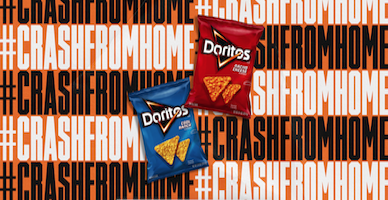 Doritos is bringing back the “Crash the Superbowl” contest for creatives to submit their best television spot.

From 2006 to 2016, Doritos hosted “Crash the Super Bowl,” a contest where fans could submit creative videos to be aired during the most-watched sporting event of the year. Now they’re reimagining the contest for bored creatives at home during the pandemic. Fans can create up to 60-second videos featuring the cheesy chip for a chance to win $150,000 and have their spot featured during the return of the NFL on Sunday, September 13. The “Crash from Home” contest will run from July 15 to July 28, and the winner will be announced on Doritos’ social media accounts on August 3.

Doritos was able to take a previously successful campaign and gear it towards today’s climate. This contest allows anyone to participate and gives fans a way to show their creativity and love for the brand.