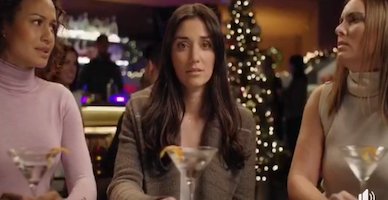 What was meant to be a heartfelt holiday commercial was taken a very different way by many. The commercial starts with a man gifting a Peloton bike to his already very thin and seemingly healthy wife who goes on to make a video of her fitness journey to share with him a year later. The spot received an overwhelmingly negative response for a variety of reasons but mainly due to its sexist overtones. As the Internet went on to make endless jokes and memes, Ryan Reynolds took it a step further, having the same actress star in a “sequel” spot for his gin brand where she and two friends toast to new beginnings.

Reynolds was able to control the buzz by taking an already viral topic and infusing his brand into the situation in a timely, relevant and hilarious way.